One of the features we have frequently been asked for is a way to compare Drafts so we're delighted to release Draft comparison capability to our Beta site this week.

Medidata Rave already has an Architect Difference Report but it cannot be used to compare two arbitrary Drafts so if two team members make duplicate Draft copies of the current Version and then make changes to those Drafts it is not easy to see what the differences between these two Drafts are: 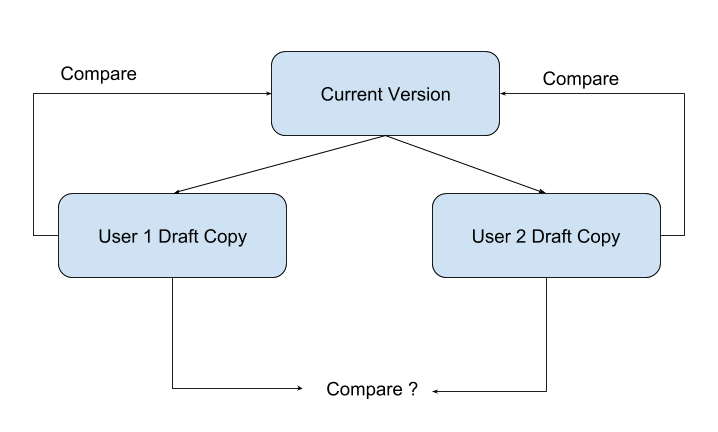 In addition, the Difference Report is presented as an Architect Loader Spreadsheet which takes some experience to interpret. In the below example the name of the DM Form was changed:

We can see in the Source (S:) the name was "Demographics" and in the Target (T:) the name has been changed to "Demography"

In fact the changes go deeper than that. In the Fields tab we can find further changes to the DM Form:

So the Difference Report is a useful tool for certain types of Draft comparison but is quite heavyweight.

When we make the same changes in copies of these Drafts in TrialGrid and then compare Original to New we first see a summary which shows not only what changed but when it was last changed and by whom:

We can then explore the changes further via the Compare button on each changed object: 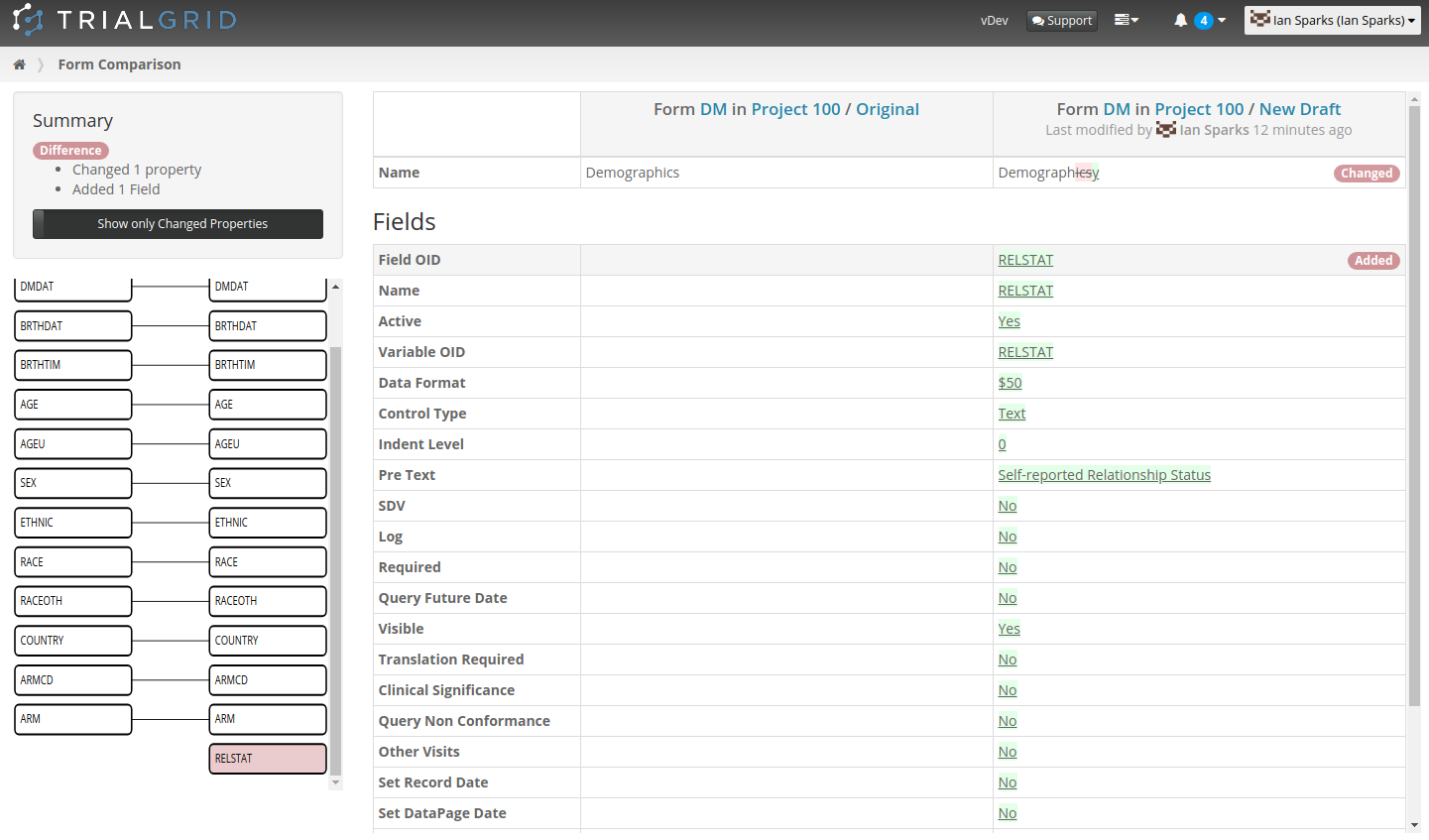 One complication of comparing Drafts is that adding or removing a Form or Folder causes the renumbering of the Ordinals of those objects - which would then appear as a change. The TrialGrid Draft Compare handles this by detecting if the only change was the Ordinal and reporting if that is the case. Here I re-ordered some Forms so that their Ordinals changed:

In Source not Target, in Target not Source

Finally, in the case where Objects appear in one Draft but not in the other TrialGrid also reports that:

The Architect Difference Report is a tool which many Study Builders rely on to determine what has changed between a working Draft and the current published Version of the study design. TrialGrid augments this capability by providing a convenient way to compare any two Drafts (even across Projects).

If you think that might help your team, get in touch!